The “Green Lobster” is dressed in various shades of green reminiscent of the collaborative Kyrie 4 “Lobster” silhouette. The checkerboard liner is also dressed in a complimentary green and white palette.

Rumors are saying this Concepts x Nike SB Dunk Low “Green Lobster” colorway will only release in-store in conjunction with the official purple colorway. However it will be produced in more limited quantities. An “Orange Lobster” Friends and Family pair is also slated to drop. Keep it locked here for more details. In the meantime, take a look at Scott’s pair, which was posted on his snapchat. 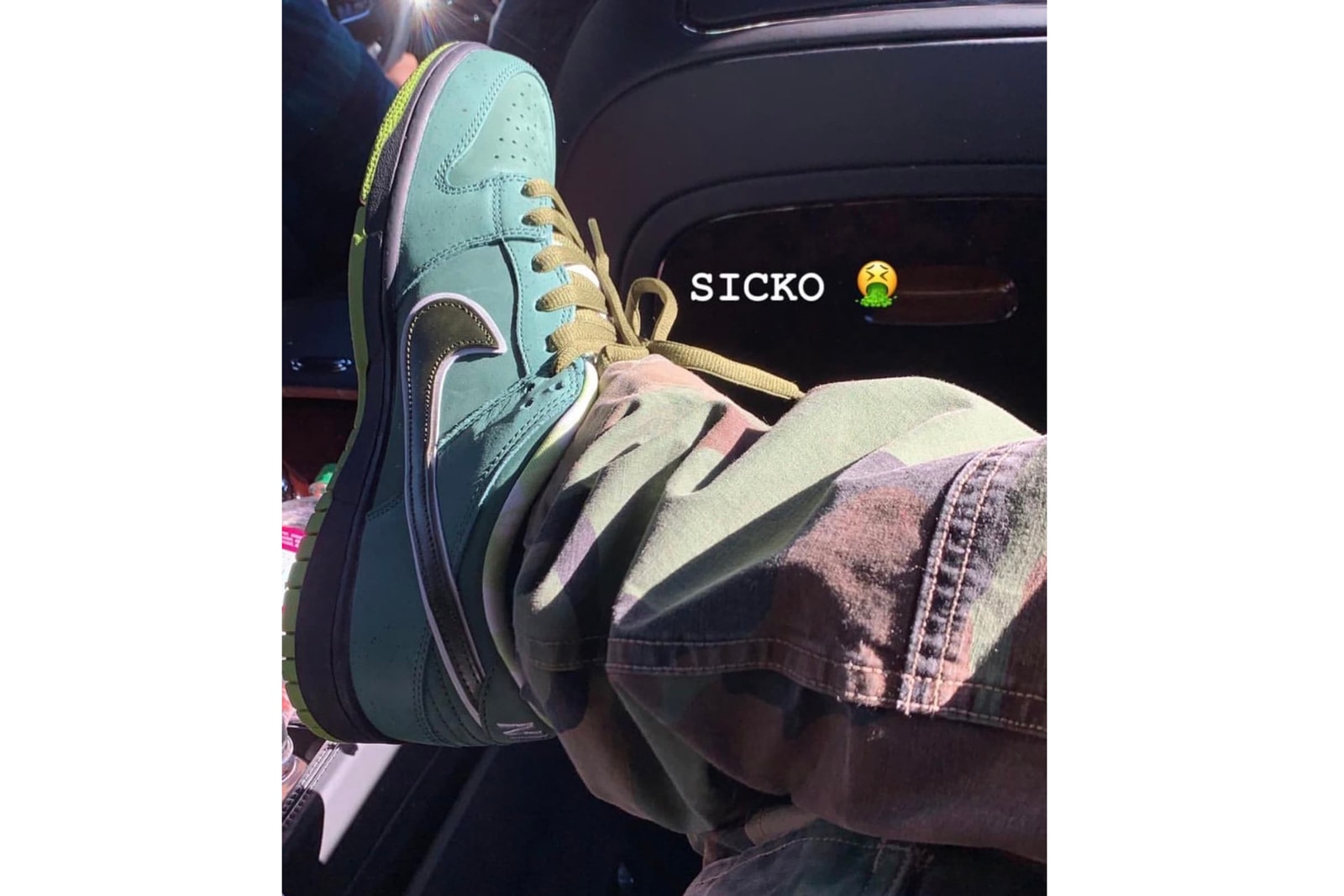