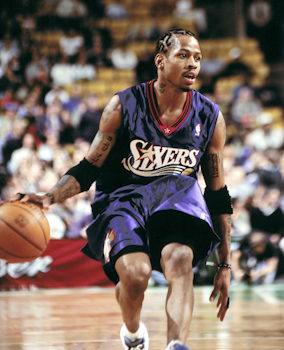 At just six foot tall, Allen Iverson was one of the most electric player we have ever seen. Iverson had a devastating crossover and was able to score at will. Iverson was the MVP in 2001 and famously led his team to the NBA Finals despite not having another star player on the roster. Iverson paced the league in scoring four times and his career scoring average of 26.7 points per game is seventh all-time. Iverson took his game to another level when it came to postseason play and his 29.7 points per game in the playoffs are second all time only to Michael Jordan.