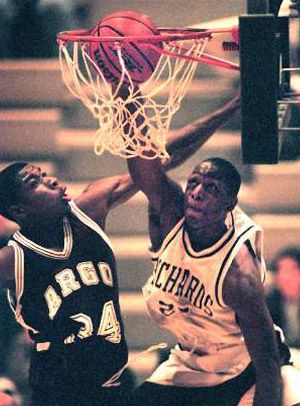 D-Wade really exploded his Senior Year, averaging 27 points per game, 11 rebounds per game, and leading his team to an impressive 24-5 record. Dwyane also set school records that season for most points and steals.

Because Dwyane Wade was a poor student academically, he only received 3 D1 offers: Marquette, DePaul, and Illinois State.  He chose (wisely) Marquette University later that year.