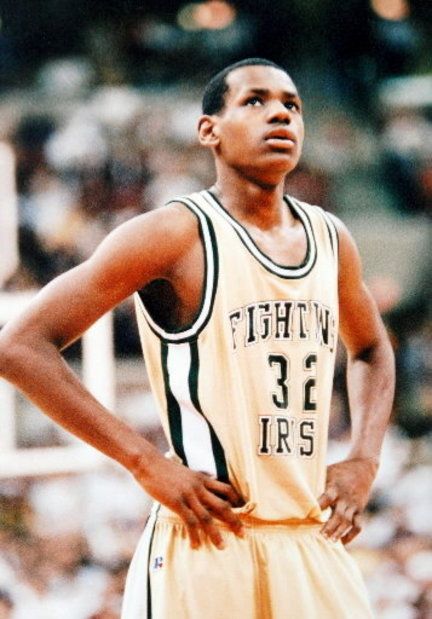 LeBron began to dominate Ohio basketball right off the bat.

During his Freshman Year, he averaged 21 points per game and 6 rebounds per game. Under his young leadership, The Fighting Irish went an undefeated 27-0 and won the State Championship. They were the only boys’ basketball team in the state to complete an undefeated season.