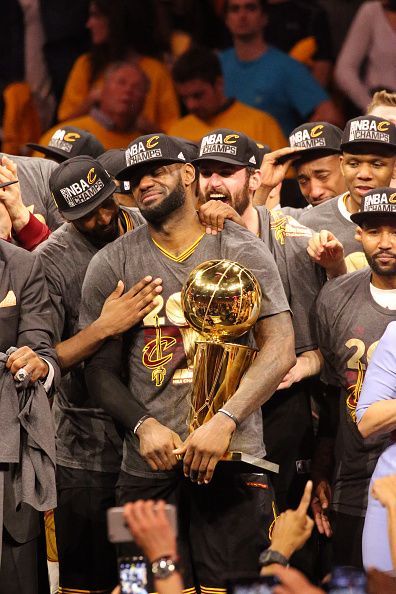 After returning home to Cleveland to chase a title with Kyrie Irving and Kevin Love, the King was in for it, facing a new beast in the Golden State Warriors. Steph Curry and company lit up the NBA. And they’d dominate a hobbled Cavs team in the 2015 NBA Finals.

The next season was a different story.

The Warriors secured the best record in NBA history at 73-9 and they were the overwhelming favorites to beat the Cavs in the Finals rematch. But LeBron had his best Finals, ever. Down 3-1, LeBron willed his team to win 2 straight games and force game 7 with the help of Kryie and co.

Late in the 4th of game 7 the Cavs were down. Nevertheless, a clutch 3 from Uncle Drew and a signature LeBron chase down dunk later, LeBron won his 3 ring in Cleveland’s honor.