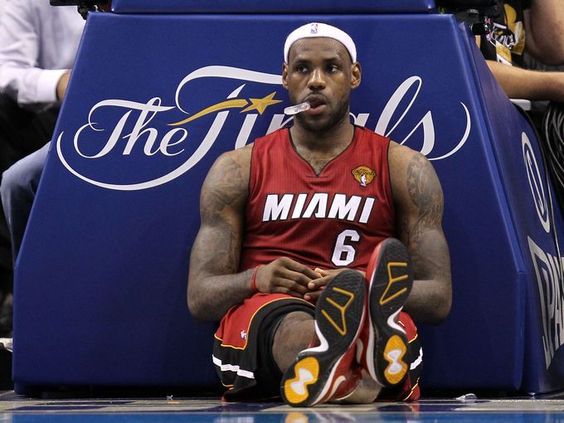 This was a rough year for the Heatles, but a necessary loss to learn from.

LeBron James and Dwyane Wade were heavy favorites to take down Dirk and the Mavs in the 2011 NBA Finals, but couldn’t get the job done.

The 2 stars were “taking turns” more than working together as one. Dwyane had a strong series, averaging 26.5 points per game, but LeBron fell into a slump.

The King had trouble finding his way on this Heat team in the Finals, only averaging about 18 points per game, and his typical 7 rebounds and assists per game. There was no doubt LeBron would comeback next season with a heavy chip on his shoulder.