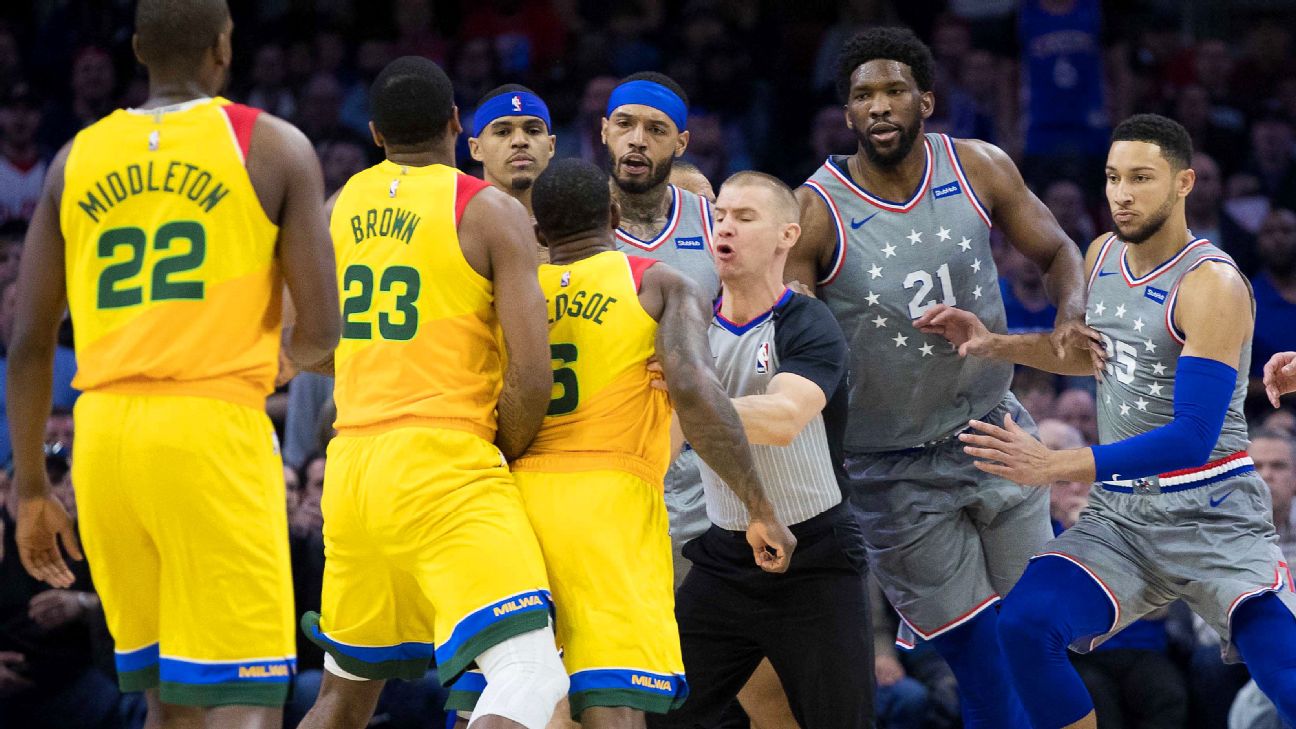 During the Bucks-Sixers showdown on Thursday night, Eric Bledsoe was ejected less than 3 minutes into the game for chucking a ball at Joel Embiid.

This was the result of Embiid giving Bledsoe a shove during a shot. Bledsoe gave a retaliatory shove and got called for a foul. Embiid then lightly passed the ball to Bledsoe as a slight taunt for what he did, and Bledsoe responded with a not-so-lightly pass, and the ball hit the big man’s chest instead of his head. Bledsoe was ejected, and Joel Embiid was given a tech.

Turned out to be a really short work day for Bledsoe.