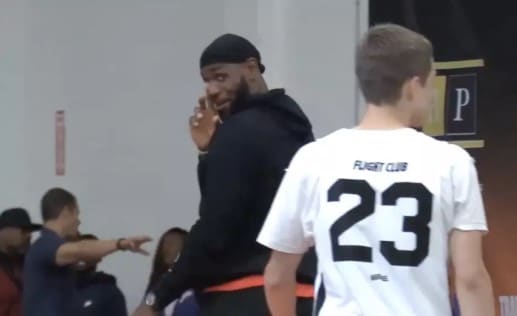 LeBron James is not playing in the Finals for the first time in nine years. To pass the down time, he’s apparently getting into 3-point contests with his son, Bronny’s teammates.

While in L.A. this past weekend for his son’s basketball tournament, a teammate, Gabe Cupps apparently challenged James to a shooting contest during a break in the action. And James didn’t back down. The two exchange threes back and forth until Cupps misses. James does not.

James does give Gabe kudos, and calls him the best shooter in the class of 2023. Is that considered tampering?